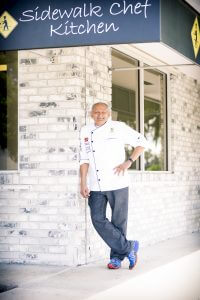 Shashank Agtey comes from an accomplished military family, spanning more than 100 years. Born in Mumbai, India, his mother was a physician and his father was a Colonel in the Indian Air Force. Since his formative years, Shashank attended military school aspiring to follow his father’s footsteps. His dream was to join the Indian Air Force as a fighter pilot. But at the age of 17, when he was in his last year of school and close to securing a full scholarship, Shashank was diagnosed with astigmatism which meant he would never qualify to become a fighter pilot. That moment, his life changed forever.

He had an idea. He wanted to move to America and study his other passion — food. With the approval of his parents, he packed his bags and took a long flight across three continents and landed in Miami with only $125 in his pocket. 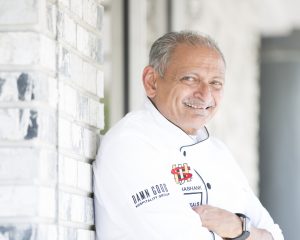 There, he attended Miami Dade College. As an avid runner and athlete he won a track scholarship and went to Florida International University, where he earned his bachelor’s degree in International Hotel and Restaurant Management. At night and on weekends, he worked as a dishwasher at the famous and popular Club 41 in Miami (known today as The Forge). As a hungry and ambitious student, he appreciated the money and free meals.

Shortly after, he landed a job as a sous chef at the Omni Hotel in Miami. There, he moved up the ranks around the kitchen honing his culinary skills. Eventually, he became the Executive Chef at Cafe September, a five-star waterfront restaurant and exclusive nightclub in Fort Lauderdale. He held the position for 12 years.

Over the years, Chef Shashank has cooked for the wealthy, celebrities and large-scale events. At the age of 34, he had the distinct honor of being selected to cook for President George Bush Senior and President Bill Clinton. In 1988, Chef Shashank was inducted into the Chaine des Rotisseurs, an elite gastronomic society, and was the recipient of its 5-Star Award.

Today, Chef Shashank is an active participant in the community and supports a number of charities across South Florida. He has published cookbooks, and advocates for healthy habits through speaking engagements. When he’s not cooking gourmet meals with the finest and most nutritious ingredients, he’s participating in half marathons such as “Tough Mudder” obstacle courses and “Spartan” races across the country. He embraces life with a “just do it” attitude, exploring every opportunity that comes his way. He believes that health is wealth. He’s on a mission to teach others how to make nutritious gourmet yet affordable meals, one bite at a time.